Apply for a seat on your caisse's board of directors

Your caisse has launched a call for applications for its board of directors.

See what it takes to become a caisse director and get involved in your caisse's democratic life.

Learn moreabout the call for applications

You are here: Home > Personal > Caisse Desjardins de Terrebonne > About the caisse 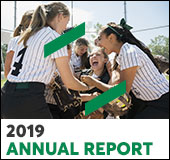 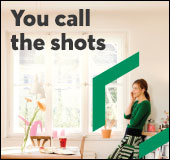 A financial cooperative with deep roots in the community, Caisse Desjardins de Terrebonne has 38,244 members. Each caisse member is also a co-owner of the caisse.

Caisse Desjardins de Terrebonne aims to be a profitable, dynamic and competitive financial cooperative. It is dedicated to meeting all of the financial needs of its members and the community, as well as being a leader in cooperation and social responsibility.

Caisse Desjardins de Terrebonne inspires trust amid the community by meeting the changing needs of its members, by getting involved in the community, by modeling productive, profitable and sustainable business operations, and by depending on competent employees, managers and directors.

Values that arise from our vision:

The Caisse populaire de Terrebonne first opened in the basement of the Saint-Louis de France parish parsonage, on April 30, 1950. It was founded by the parish priest, Mr. Louis-Joseph Gervais, and a group of parishioners.

With 70 members and total deposits of $3,190, it was a humble beginning, but the future was bright.

Throughout the years, the Caisse has played an increasingly important role in its community. As at December 31, 2011, the Caisse had over 35,000 members, $1.7 billion in business volume, and, between 1997 and 2011, it had paid out more than $21 million in dividends to its members and to the community.

In line with its continued growth, the Caisse Desjardins de Terrebonne has relocated its head office to a more strategic location in the heart of the new downtown district in Terrebonne. The relocation project, which has been several years in the making, was completed in 2012. Its goal is to help the Caisse adapt to the changing needs of its members. The new building on boulevard des Seigneurs is certified LEED Gold, a benchmark in eco-friendly construction. It meets all the criteria needed to generate long-term savings and protect the environment.

The Caisse is successful because it mobilizes its most valuable asset: Desjardins women and men, a group of experts that are motivated by the power of cooperation and cares about providing its members with high-quality services.