The caisse has launched a call for applications to fill openings on the Board of Directors.

See position requirements and other details in the call for application and participate in your caisse's democratic life. 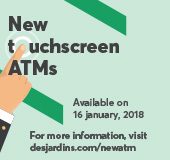 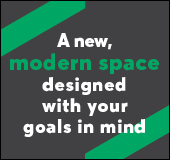 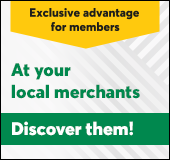 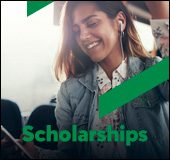 As a caisse member, you can apply to be elected as a director, express your point of view by participating in the annual general meeting and elect the people who will represent you on the board of directors.

We invite our members to actively take part in the caisse’s democratic life by answering the call for applications to fill openings on the board of directors.

Find out what positions are available, the position requirements and other details in the call for applications (in French only, PDF, 283 KB) - This link will open in a new window..

Find out how to submit your application (PDF, 106 KB) - This link will open in a new window..

Fill out the application form (in French only, PDF, 1,52 MB) - This link will open in a new window..

The instructions on how to submit your application and the deadline are in the form.

Know someone who meets position requirements? Feel free to share the information with them.

The Annual General Meeting (AGM) of the was held on April 23, 2013 , and was attended by 220 people. The caisse's balance sheet and financial results were presented to members. The board of directors reported to the annual meeting.

Elections were also held at this meeting. Marie-Pier Allard and Anthony Fortin delivered an original performance to our members. The duo had also performed at the 2012 edition of Les Mardis des Jardins. Hélčne Hétu, budget consultant at the Association coopérative d'économie familiale Rive-Sud, talked about the importance of Desjardins Mutual Assistance Funds, a micro-credit program offered to those in need. For a fifth consecutive year, the Caisse awarded many scholarships to its young student members, totalling $10,000.

During the last Annual General Meeting held on April 23, 2013, members elected or re-elected 4 directors to represent them. They are:

Caisse Desjardins du Vieux-Longueuil is pleased to account for the administration of your financial services cooperative in 2018.

The annual report (PDF, 112 KB)  - This link will open in a new window. contains information about the financial results and activities of your caisse in the past year.

View the caisse financial report (PDF, 204 KB)  - This link will open in a new window..