You are here: Home> Personal > Caisse Desjardins du Centre-nord de Montréal > Events, news and publications > For the love of theatre with Arboretum 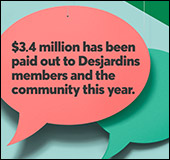 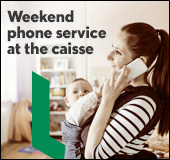 For the love of theatre with Arboretum Performing on stage requires a lot of preparation and courage. Being an actor is quite challenging, as one must memorize lines and movements, in addition to dealing with stage fright. Now just imagine doing all of that in addition to being visually impaired.

This is the extraordinary reality of members of the Arboretum theatre company, one of the organizations Caisse Desjardins d’Ahuntsic is proud to support.

Directed by Steve Berthelotte, members of the company united their hearts and their talent to present the situation comedy Pas de pitié pour le docteur!, written by Marie-Thérèse Quinton, in May and June 2015.

The company performed at the Festival des Molières of Laval, to the delight of spectators who named the company one of their top picks. The company was nominated for the festival’s grand prize.

The talent of Arboretum’s actors was also recognized at the Festival. Claudine Audy was nominated for best actress, while Ysabelle Morin and Pierre Vromet won the title of best supporting actors.

Created in 2012, the company’s mission is to initiate blind and visually impaired individuals to the theatre experience. It is currently looking for new talents to join its ranks. If you’re not afraid of teamwork and challenges, and are a disciplined and highly energetic person, then take a chance!

To learn more, contact Arboretum by email - This link will open in a new window..

Congratulations to all of those who contributed to the success of this wonderful project!