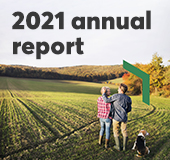 A financial cooperative with deep roots in the community, Caisse Desjardins du Nord de Laval has 25,000 members. Each caisse member is also a co-owner of the caisse.

To contribute to the improved economic and social well-being of people and groups within the compatible limits of its field of activity:

The mission of the Caisse Desjardins du Nord de Laval, a well-balanced financial services cooperative that inspires trust, is above all to serve its member-owners. Designed with the community in mind, the Caisse's development plan aims at ensuring its long-term viability through member growth, value-added services and innnovative solutions.

Today's Caisse Desjardins du Nord de Laval is the result of the merger of the Ste-Rose and Fabreville, in 2004.